by DJ_O
I have already finished this project, but I thought I would share it here for the people who still browse MaxCoderz every now and then, quoting an old post of mine:

by tr1p1ea
Very colourful and a good game to play. Works pretty fast on the CSE too

by DJ_O
Thanks for the comments. Yeah the CSE version hasn't been updated but it actually looks better, since it takes advantage of xLIBC. Thankfully DrDnar did not add error checks for everything in his lib so I could do things with CE Textlib that cannot be done normally.

by chickendude
Nice, the exact same file works for the CE? I'll see if i can find where i put mine to test it out...

by tr1p1ea
If xLIB was released for the CE then it would work *hides*.

TI killed any hope of that however.

by DJ_O
Oh! I just noticed that I haven't posted about version 3.0 here. Thanks to Iambian custom font routine and editor, the game now uses sprites on the home screen! 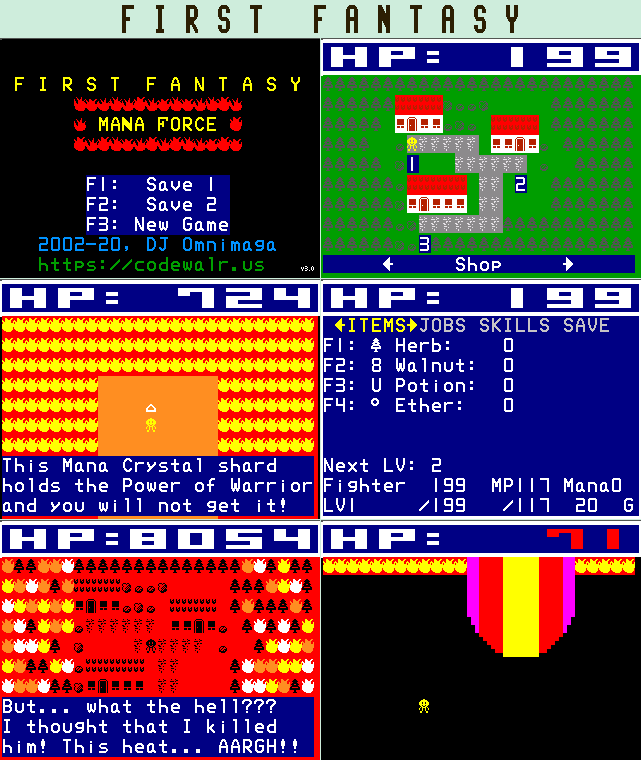 by DJ_O
Thanks! The custom font program by Iambian definitively opens new possibilities reminiscent of End of Forever by Betasword. However I tried doing the same on a monochrome calculator ROM and I couldn't get tree sprites to look right in 5x7

by DJ_O
Version 3.1 is now released, with the following updates:
-The game launcher now has an icon in shells like the C Silver Edition version did.
-Save files are now archived after being edited, for protection against RAM clears.
-If a save file is empty when loaded, then a new game is now launched instead.
-The error that rarely happens upon exiting the game from the status menu might have been fixed, but it is not 100% sure yet.

by tr1p1ea
Awesome work as always DJ!
All times are UTC
Page 1 of 1